AHI (Afrikaanse Handelsinstituut) in partnership with Sanlam, KPMG, and Smartsims Business Simulations, have just embarked on the second year of a program designed to promote entrepreneurship amongst High School Students throughout South Africa.

We were approached by AHI in 2008, in conjunction with the University of Johannusburg, 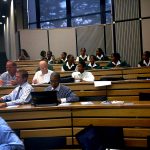 who were looking to encourage business awareness amongst school pupils through the use of a business simulation. The goal was to introduce the concept locally at a Grade 12 level, and then rollout the program at a national level within a few years.

The University of Johannusburg, on behalf of AHI, evaluated approximately 25 other simulation programmes before selecting our MikesBikes-Intro Business Simulation (credit to McGraw-Hill South Africa for their assistance in this process). MikesBikes had already been used at a High School level in the United States, Australia, and New Zealand with great success, so this was a perfect fit. Providing students with a fun-team based activity, but at the same time introducing the principles of running a succesful business.

AHI ran a couple of pilot courses over 2010 with local schools which went well and the feedback has been positive. As such, additional pilot courses have been extended to seven schools for the first half of 2011. They have also been successful in obtaining sponsorship from Sanlam and KPMG. 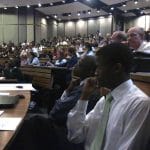 huge benefit to students in later life. Encouraging a student’s interest in business early will give them a significant advantage for any direction their careers may take them.

Knowledge is power in the current world economy, and an understanding of business and basic financial statements is crucial, even for those who are not planning on working in a predominantly business orientated role.

We hope that this partnership assists in reaching AHI’s vision:

“together we create sustainable prosperity”.